The law enforcement suicide numbers are in from 2018....19 more officers took their lives than the year previous... 3x as many as died from felonious gunfire! This is an issue that we CAN proactively address! Examining the battle strategies identified by a highly revered ancient warrior named Sun Tzu, we can identify vulnerabilities in the profession and with them, preventative strategies that can make all the difference in helping officers develop resiliency before a crisis develops!

Sun Tzu was a Chinese general and tactician born in 544 BC. A brilliant strategist, he authored the epic war tome, The Art of War, required reading for the CIA, U.S. Military Intelligence and the Marine Corps Reading Program. Sun Tzu specialized in tactics that equipped an inferior force to defeat a superior one. Employing such principles as usingdeception, carefully accommodating oneself to your enemy’s purpose, studying yourenemy’s disposition, baiting his forces to divide/conquer them through ambush andideally breaking their resistance without fighting was the primary goal. This training willexamine how these same tactics are used to destroy law enforcement officer’spsychological well-being. We will identify the deceptions employed against officers, the ways evil accommodates itself to the profession, the baits offered to lure officers andthe sobering reality of success in getting them to quit without a fight. ”The skillful fighter puts himself into a position which makes defeat impossible...”, stated Sun Tzu. Thiscourse will share “rubber meet the road” strategies that will armor up warriorspsychologically, fortifying them against defeat... Necessary preparation for victory!

Jim serves as full time Senior Chaplain/ Reserve Officer with the Elkhart Police Department in Elkhart, Indiana and holds his Master Chaplain credentials with the International Conference of Police Chaplains (ICPC). He is a recipient of the 2012Wilbert A. Cunningham Award for Excellence in Law Enforcement Chaplaincy, a 2013Excellence in Leadership Award from Pointman Leadership Institute, the 2016 recipient of the Richard S. Kassel Award, the 2017 recipient of the Pilsung Warrior Award, and a 2018 recipient of the John A. Price Excellence in Chaplaincy Award. Jim was appointed a Sagamore of the Wabash by Indiana Governor Mike Pence in 2015. He serves as a National Board Member of the Fellowship of Christian Peace Officers – USA as well as the Indiana State Representative for the ICPC. He is author of the official law enforcement curriculum for the movie Courageous. He is an IN State certified Law Enforcement Instructor as well as an instructor with the ICPC. He is and founder/ director of Warrior on the Wall which works to address law enforcement suicide, family breakdown, and the unique emotional/ spiritual challenges to the profession. 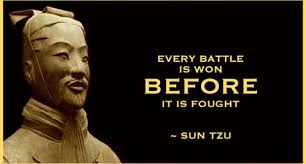